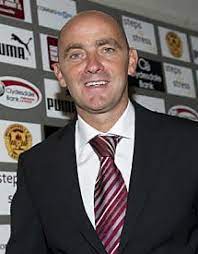 • Manage the first team’s coaching, development and performance in the Latvian Higher League
• Plan coaching programs and deliver training sessions in line with fixtures and squad needs
• Lead on match day preparations, including motivating the team, tactics and in-game decisions
• Contribute to performance opposition analysis and deliver feedback to the squad on findings
• Influence the scouting and recruitment of players, identifying talent that can excel and add value
National Team Assistant Manager
Latvian Football federation

• Support the Manager, Mixu Paatelainen, in managing the national team
• Coordinate the team across all competitive international tournaments and friendlies both
• Facilitate a clear link and channel of communication between the Manager and squad
• Lead on the planning and delivery of training sessions in line with the squad’s needs and fixtures
• Build relationships with players, coaches and senior staff to achieve a collective philosophy
• Represented the squad and the LFF in…

• Work alongside the Manager to plan and deliver a technical and tactical based training schedule
• Support the Head Coach across match days, including team selections, tactics and team talks
• Organize and deliver detailed game preparation analysis on opposition teams to the team
• Work with individual players to identify strengths, weaknesses and areas of improvement
• Liaise with academy staff to facilitate the seamless transition of youth players up to the first team

• Implemented, planned and delivered the weekly technical and tactical based training schedule
• Supported the Head Coach in preparing for fixtures, team selection and squad motivation
• Prepared and delivered detailed game preparation analysis on opposition teams to the players
• Designed and implemented individual player development plans to nurture the club’s young core
• Liaised across the entire football department to maintain the players’ performance
• Helped to set and…

• Assessed football structures at SUFC affiliated academies in India, China, Australia & Europe
• Made recommendations the effective implementation of the SUFC development strategy
• Ensured recommendations and methods were tailored to the area requirements of each academy
• Undertook academy overviews to assess how they supported and produced players
• Oversaw coach education at each facility by leading training sessions with the players
• Ensured the coaches were as capable…

• Upon departure, 9 players in the first team had progressed through the academy since age 12
• 38 players produced that progressed to the first team
• 26 of these players have represented their country at senior or youth level (approx. 68%)
• All players from the 2016 U20 Scottish Cup winning team were recruited during my tenure
• Players sold to clubs including Manchester United FC, Celtic FC, Rangers FC and Fulham FC
• Delivered ‘Elite’ status to the academy in accordance with…